On my bike ride into work today I listened to a podcast from the Economist interviewing Wim Wenders about storytelling. When I was younger I saw Wings of Desire by Wim Wenders and was hooked on his films. This interview brought forward what I like most about Wenders, his laconic style of speaking and reflection on his work that gives you incredible insight into his thinking in a few short sentences.

I saw the film PINA  when it first came out in theaters and from my past experience with the black and white films of Wenders was surprised to learn this was a 3D film – mostly in colour. It was a great film, and the thing I enjoyed most was the mix of storytelling and technology. Wenders had appreciated Pina and her work for 20 years, and had always wanted to make a movie about her work – to tell her story. However he didn’t think film could capture the breadth and motion of her work. When 3D filming became practical – that’s when he decided he could tell her story, and made a movie in this medium. I knew Wenders as a film maker who used black and white film as his medium when I was younger, and was curious that he was embracing this new technology. I was greatly inspired by the film and even more inspired by Wenders’ attitude towards technology.

The Economist interview brings out Wender’s thinking about technology as a tool that we should use to do more and tell better stories. It lines up with my own philosophy of what technology is for. It’s a vehicle for better stories and information, and should not be an end in itself.

In the Economist interview – Wenders was identifying that people now make movies on iPhones. And he really likes that – the technology allows us to tell stories that we could not before, either due to the size, cost or complexity of a film camera, relative to the simplicity and mobility of a phone.

I’ve always liked his work, and enjoyed his thinking, and this interview is a great example of both things coming together. This interview is worth a listen if you appreciate good storytelling, and Wenders reflection on the current plight of people fleeing Syria and settling in Germany in the last 90 seconds is fascinating.

There’s a bridge in my old neighbourhood (in Edmonton, Alberta, Canada) that used to get graphiti all over it. 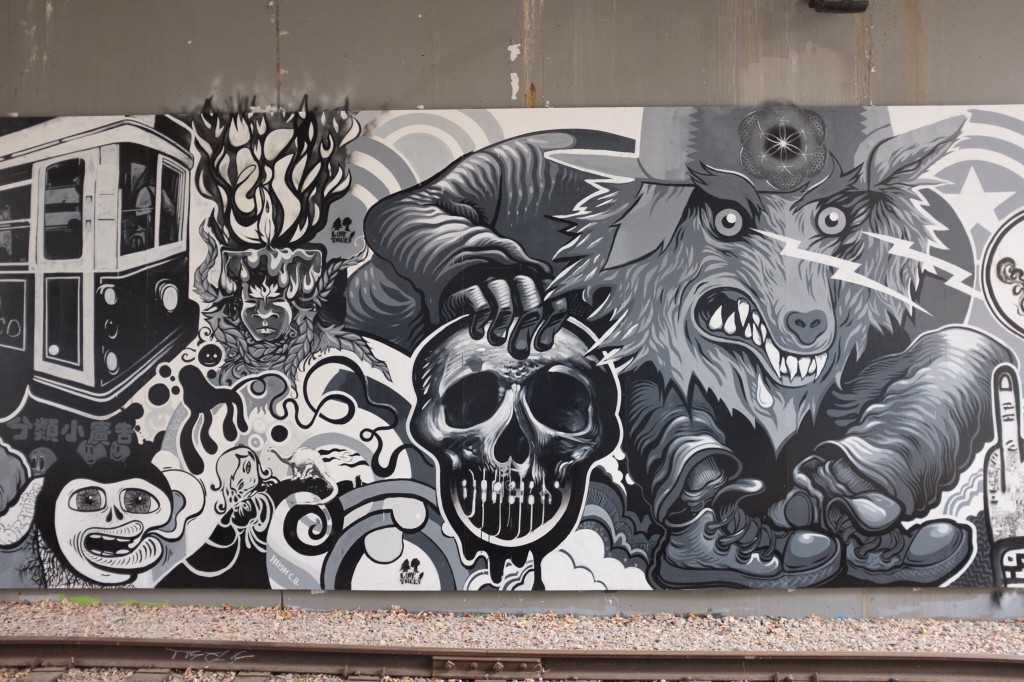 I’m not sure who’s behind it, but there’s a great mural on both sides of the area that used to get tagged. The problem with the tagging was that it was all over the concrete – that was hard to clean, and hard to contain.  The new setup has boards placed where they can get art on them, without destroying the brick behind. 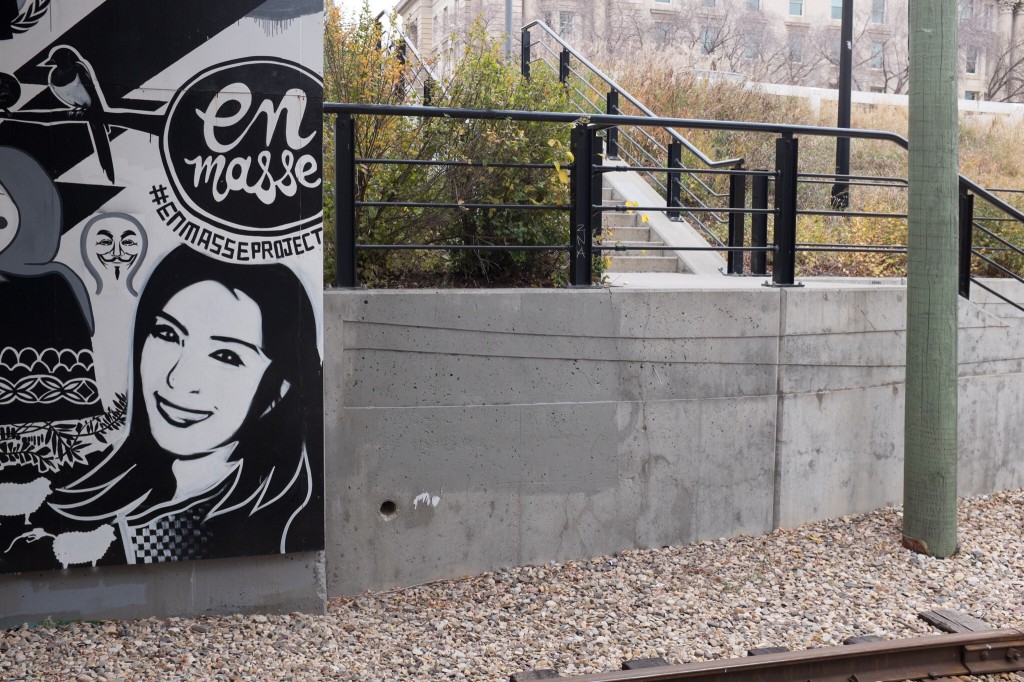 More than a smart piece of physical engineering, I love that this setup involves social engineering as well.  The work on these boards is very good, so anyone who respects the work won’t write over it. 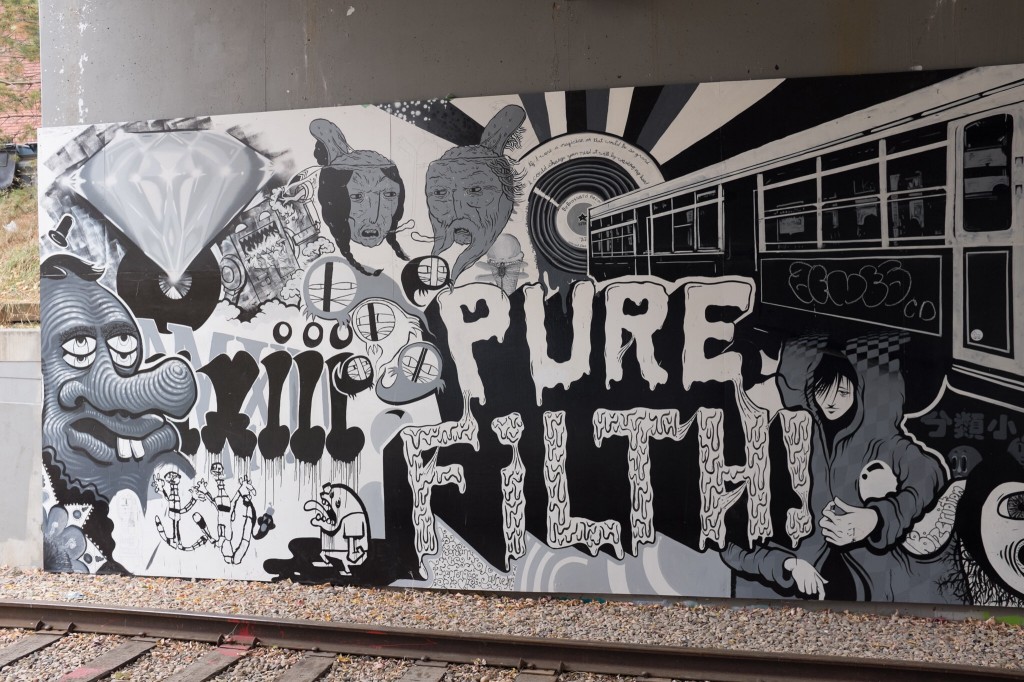 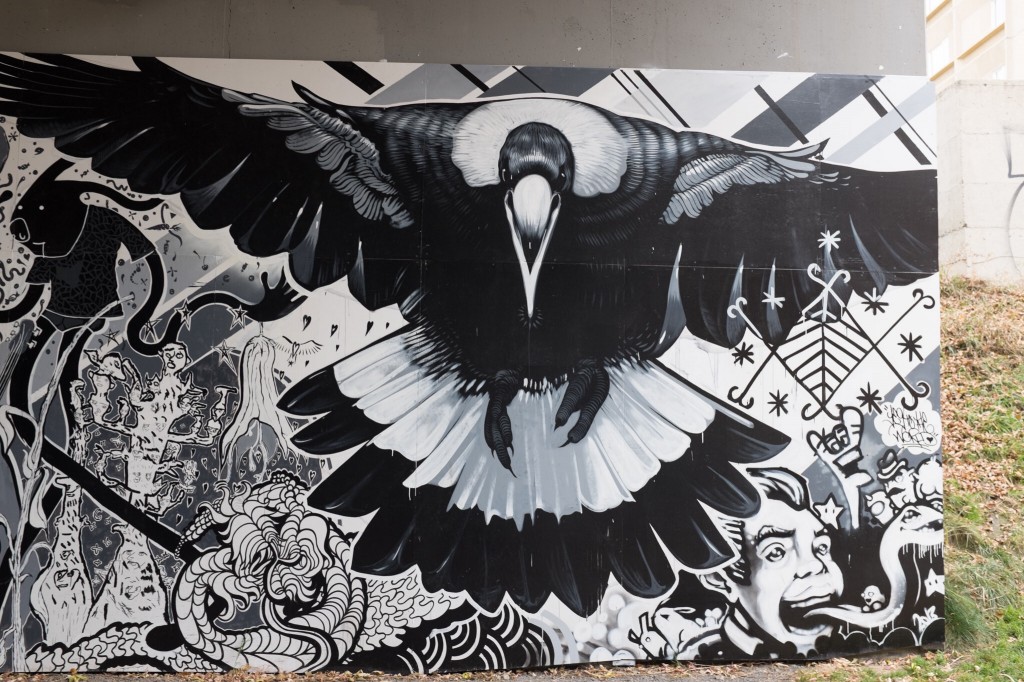